AI Superpowers is one of the latest non fiction bestsellers that you can find online and it’s designed with a true focus on excellence, up to date analysis and great attention to detail. The book is designed to showcase just how pivotal this new breed of Silicon Valley and China startups is. Despite the hype AI and its tremendous power that can be harnessed by all kinds of companies and in AI Superpowers you will notice that Kai-Fu Lee, the author, is portraying these global efforts to improve AI as a zero-sum game.

What should you know about Kai-Fu Lee?

Kai-Fu Lee is a widely known AI expert with experience from technology giants on both sides of the Pacific. He served there as an executive and has a venture capitalist background. So he is the best person to talk about the intricacies of how China and Silicon Valley are trying to incubate their AI prowess, with a noteworthy focus on the lesser known of the two, which gives his new book a unique value and sets it apart from other technology books.

In most of the book you will get to explore all the differences between how the two superpowers are using AI right now and things that can or might improve in the long run. He covers things like highly-publicized match when a Chinese teenage prodigy was defeated by the American-built AlphaGo AI in the ancient Chinese game Go in 2017 and so on. He even goes a lot deeper in history with the idea of showing how the US started first in the AI world.

He says that the AI implementation era that we are in now will reward the amount of solid AI engineers over the quality of elite researchers. And he clearly notes that it shifts the scale even more to China’s favor, but yet still much of the data about the state of Chinese AI is overinflated. Interesting fact is that in the interdependent global research community most Chinese researchers understand English and can quickly access latest research papers. The global English speakers do not have such luxury when accessing Chinese articles and even if they do look them up the key information often gets lost in translation.

The book also covers the existence of multiple recent AI-driven businesses like Restnet, Xiaomi, HappyFresh, Grab, Mobike and many others that clearly put their own spin on AI. Most of these are either created in China or with a huge variety of Chinese users. That clearly goes to show that there’s a market appetite for AI based products, and Lee puts a clear focus on that.

Is China going to become the AI leader of the entire world?

The Chinese government has a plan for the country to eventually surpass the US and become the world leader in regards to AI around 2030. The resentment to any government meddling is making things very hard for the US to develop a complex foolproof new economy, that’s not a problem in China in theory. There is a lot of misinformation, but China has huge amounts of data, a supportive techno-utilitarian policy environment and entrepreneurs that already know how to harness and use AI to serve customers, learn from it and adjust. It is however dehumanizing and exaggerated to say Chinese people don’t care about AI ethics, as there are debates about it on all levels of society.

According to Lee, it feels that the Silicon Valley companies are more focused on innovation and mission. They want a totally original thing and people really care about that. In China however, startups are created using the market-driven approach and harnessing proven ideas and business models to achieve that. Lee states that this type of approach is appropriate for emerging markets because it involves taking less risk. After reaching a certain market size they start to experiment and evolve by launching their own innovations tailor-made for the local customer.

China provides a great ecosystem for innovation and at the same time it actively focuses on the idea of adopting AI early. Implementing autonomous vehicles is very hard in the US, but China is actively finding solutions to do this without any hassle. We can expect Chinese entrepreneurs to apply AI and deep learning to most situations in order to offer customers a much better value particularly in perception AI and in online-to-offline businesses.

A great read for any tech and AI enthusiast

An interesting thing about AI Superpowers is that it shows the approach that these AI superpowers tend to have. The Silicon Valley is trying to conquer markets with their own products, China is more about the idea of investing in and cooperating with local businesses. It’s nice to see that the book goes deep into how Chinese efforts in the world of AI will be able to push the balance of power to that next level in a very creative and powerful way. It also shows the societal implications and also how AI will impact jobs both in China and the US. It shows that AI can have a positive impact but it can also bring in job issues due to the implementation of automation and other features similar to that.

But maybe the most fascinating part of this book is that it gets people to talk about how AI will influence the future. The book reads almost like a novel, but it’s rich on facts that you dear reader or I did not know about. It’s a comprehensive book that offers a great insight into the world of artificial intelligence from someone not only with insurmountable knowledge of the topic, but coining the book with his personal story that we all can take a lesson from in these pivotal times. Facing his own mortality a few years ago made him break free from a mindset that equated economic value with self worth and optimize for higher objectives that we so often forget about.

Lee clearly shows that a computer winning the game of Go was just the start and we are up for a long, but not necessarily zero-sum game. Machines and humans can coexist and create a flourishing world. The potential is amazing, but it all comes down to us and how we use AI. It can either make or break everything!

Peter, MBA, MSc, is a Product Owner, Software Engineer, and Tech (Innovation) Strategist who leverages a rare combination of software development, quantitative, and soft skills to create smart technology with a human touch. Most importantly, he is vision-driven, globally-minded change agent who is multilingual, has studied abroad, and has traveled extensively. Within six years’ time, he has developed an array of mobile apps and data-driven app products. Peter’s most recent ventures include a mobile app for property valuation and an end-to-end solution for real estate data collection.

Previous3 Kinds of data science conferences: Which one is right for you?

This site uses Akismet to reduce spam. Learn how your comment data is processed. 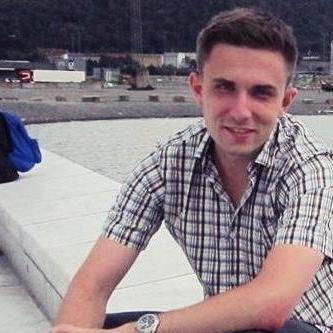